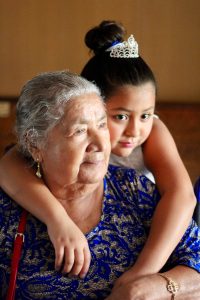 This exhibit tells an iconically American story of immigration, struggle, and triumph. It features nine life-sized portrait images of Devaney’s birth family, and accompanying stories that give insights personal, cultural, and historical. An opening reception will be held on Saturday, February 8, 5-7 pm, with free admission and refreshments. Matriarchal Strength will be on display for the month of February as the museum’s Black history month theme.

Rachael Devaney, who was adopted from El Salvador in 1978 and grew up in Centerville, will speak about her reunification with her birth family after 40 years and her direct experience with one of the most pressing issues of our time: immigration and cultural identify. Her exhibit and personal testimony will shed light on the struggles that Indigenous families have faced since Columbus arrived in the Americas in 1492, bringing decimation of tribal communities and appropriation of their lands, wealth, and resources. Admission and refreshments free. Donations always welcome!

Matriarchal Strength conveys fascinating parallels and connections among South, Central, and North American tribal communities, and their common struggles with family separation and immigration. “Since meeting my birth family in April 2018, I have been collecting and documenting my experiences with them and stories told to me by my 94-year-old grandmother Leonandra,” Devaney said “She was born in the tiny rural village of Apaneca (El Salvador) and she has so much to share about living tribally, and the many trials and tribulations she’s been through.”

For Devaney, the show is also a vehicle to bring awareness to the struggles that Indigenous families have faced since Columbus arrived in the Americas in 1492, bringing genocide, and extermination to Native tribal communities, while simultaneously taking possession of lands, wealth, and resources. For centuries since, first world powers, including the U.S. government, have not only funded civil wars throughout independent countries in the Americas, but readily participated in the continued extermination of Native people by creating gaps between Tribal communities.

“By featuring stories in this exhibit told to me by my birth family—real people who have escaped violence and economic instability in El Salvador—people can begin to relate to why and how mass immigration came to be,” Devaney said.

The exhibit and opening reception will also address Devaney’s thoughts on her trans-racial adoption from El Salvador in 1978, and how she balances her adopted and biological families as an Indigenous woman living in America.

“For most, adoption is an immediate love story between loving parents and a child who needs a home. And for the most part, love plays a huge part in the world of adoption,” Devaney said. “But for adoptees, especially trans-racial adoptees, adoption also symbolizes a loss of culture, language, and familial heritage. The story of my life has been a great one—but also a struggle.”

And as the exhibit continues to travel, Devaney said she’s excited to see the impact her birth family is making at gallery spaces across New England and the Tri-state area.

“Native voices are often intentionally and systematically silenced,” she said. “But with this exhibit, Native people are being heard and seen on an artistic and political platform which speaks to our survival, presence and existence in the Americas.”

Rachael Devaney is a freelance reporter and photojournalist for multiple publications on Cape Cod, 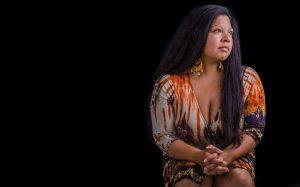 the South Shore, and New York City. Devaney grew up in Centerville, MA, attended the University of Massachusetts Amherst, double majoring in Journalism and Social Thought and Political Economy. Upon graduation in 2001, Devaney moved to the New York City, living in Harlem, where she contributed to nationally distributed magazines like “XXL,” and “The Ave Magazine,” and worked for social justice organizations like the Committee in Solidarity with the People of El Salvador (CISPES), which is now based in Washington, D.C.; and the National chapter of the American Civil Liberties Union (ACLU). After moving back to Massachusetts in 2010, Devaney worked for several immigration law firms as a paralegal, but eventually became a regular business and entertainment contributing writer and photographer for the “Cape Cod Times,” “The Barnstable Patriot,” “Cape Cod Life,” Falmouth Magazine,” “Southern New England Weddings Magazine,” “Wicked Local,” and lifestyle guide “Madame Noire.” Devaney also co-founded the Adoption Circle for Women of Color (ACFWC) in 2010, which continues to hold support groups in the Tri-State and New England area. Most recently, in April of 2018, Devaney, who was adopted from El Salvador in 1978, was re-united with her birth family, after being separated for 40 years. Devaney currently resides in Onset, MA, with her daughter Fressia Jones and her partner Juarez Stanley, and can be contacted at rachaeldevaney@yahoo.com.